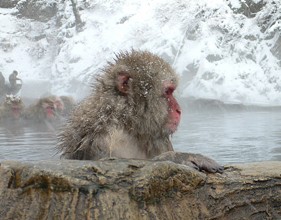 The heat beneath your feet that’s clean and renewable

Geothermal energy is heat that comes from the earth. Geothermal (often confused with earth coupled, ground-sourced and ground-loop systems) is a clean, renewable source of energy utilized for generating electricity. Primordial heat and radioactive decay are responsible for the earth’s inherent toastiness. Primordial heat is a result of the collision of cosmic proportions which created the earth some 4.5 billion years ago. The cooled outer layer of the earth acts as insulation for its molten core. Some of the earth’s elements are radioactive and they release heat as they slowly decay, adding to the earth’s geothermal cache. The earth’s temperature increases with depth at a rate of about 30°C/km. You don’t have to live on a volcano to take advantage of the earth’s heat, you just have to drill baby, drill (but in a good way.)

On an industrial scale, water can be pumped down to underground hot spots where it is heated to the point of boiling, the steam created powers a turbine to generate district electricity. 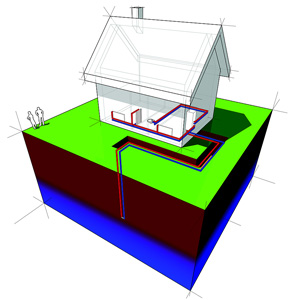 The toasty warm heart of our planet can be utilized to heat and cool our homes and buildings too. About ten feet below the earth’s surface, the temperature remains at a fairly constant 12°C thanks to it absorbing solar radiation and, in some locations, heat from the core of the planet. During summer months when indoor temperatures soar, fluid (water and glycol) is pumped through an underground tube network to bring into the home the cooler underground temperatures. In the winter, when outside temperatures drop below 12°C, we are able to take advantage of the warmer underground temperature instead of having to heat cold outside air.

Geothermal heat has a wide range of applications. It has been utilized to heat water in spas, in Reykjavik and Akureyri geothermal hot water is used in pipes beneath roads and pavements to melt snow. In many areas, large geothermal plants provide heating for entire towns in a process known as district heating.

Geothermal is an efficient, renewable and green source of energy. Although the initial outlay of a geothermal system is high, you will make the money in HVAC savings over time. Geothermal systems have a life expectancy of 20 years, but as the holes are already drilled, a replacement system will be a fraction of the cost of the original. Geothermal systems drastically reduce your carbon footprint as you will no longer rely on fossil fuels. They maintain a very comfortable humidity level in the home. As the system is a closed, it does not bring in outside pollutants, and thereby reduces the number of indoor dust particles and pollen which result in allergies.

The initial installation costs for a single family home can run as high as $40,000. The system will save about $500 a year on water heating costs alone. An estimated $1500 can be recovered on heating and cooling costs annually. Add $500 annual repair and maintenance costs (with an annual 4% increase). If you are retrofitting, the ROI is lower, but if you are building a new home and can subtract the cost of a conventional system from the initial costs, you can make back your investment in less than ten years. Many local governments offer incentives for homeowners who switch to geothermal energy. If you live in Ontario, you can benefit from the ecoENERGY initiative which will further reduce the cost of installing a ground source heat exchange system. 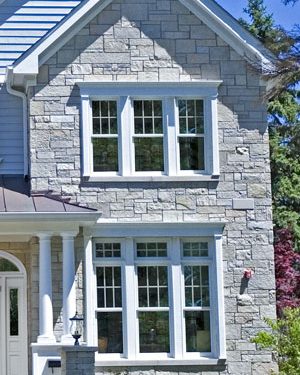