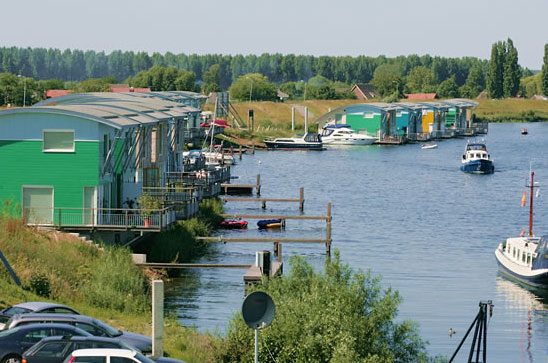 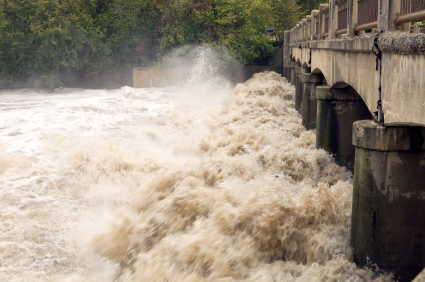 Our rapidly changing weather has led to a dramatic increase in the number of violent storms. The water vapour level in the Atlantic Hurricane zone has increased by 15% from what it was 30 years ago, resulting in more category 4 and 5 hurricanes. Climate change and its resultant warming of the oceans has increased not only the frequency, but also the severity of tropical storms. These days, it never rains, it pours.

Areas previously immune to the ravages of floods have been inundated. As people rebuild homes, cities and infrastructure, they are only too poignantly aware of the need to build structures that will protect their occupants not only from flooding, but also from the possibility of tsunamis and rising sea levels. Property damage and loss are major setbacks for families and businesses. Can we build structures that can withstand floods and keep our families safe?

Making a stand with floating houses

The ultimate in flood-safe housing are floating homes. Brad Pitt, responsible for much of the reconstruction in New Orleans in the post Katrina era through his ‘Make it Right’ foundation, has unveiled the Float House, the brainchild of Morphosis Architects. In the event of a flood, the house disconnects from its utilities and rises by up to 12 feet, anchored by two posts to its position. Batteries enable occupants to have power for three days, allowing ample time for help to arrive. Architects in the Netherlands have long been working on floating houses to combat the reality of rising sea levels and the threat that these pose to large swaths of the country. Here, the houses are not designed to cope in the event of flooding, but to rise and fall with the tide. The houses were created by DuraVermeer and WaterStudio as a kind of amphibious architecture. 26 of these amazing homes have been built in Massbommel in the Netherlands. The homes are able to rise by up to 13 foot while maintaining utilities.

ICFs or insulated concrete forms, are constructed using Styrofoam blocks. The Styrofoam blocks are stacked, reinforced with rebar and filled with concrete. So strong are the buildings made from this revolutionary green building material, that they are able to withstand hurricanes, tornadoes, earthquakes and fires. ICF buildings have proven to be so safe that the use of ICF building technology has increased by 73% in the last 5 years. Everyone from the military to schools are utilizing ICF green building practices to create safe, healthy and energy efficient structures. There are many advantages to building with ICF technology in areas frequented by floods. Stronger by far than conventional housing systems, the ICF house will withstand the pressure of flooding and is impervious to the damage and rot seen in its wood-frame counterparts. Concrete absorbs very little water when exposed to extended periods of flooding. Its strength and resistance to moisture are the reasons most dam walls and levees are constructed of concrete. Concrete walls offer no purchase for mould, forming a structure that is highly resistant to the mould and mildew associated with humid climates or flooding.

Prevention is better than cure

If flooding is imminent, there are a few precautions you can take to keep your home from flooding. 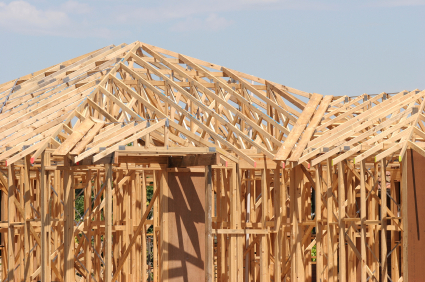 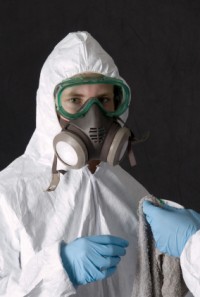 Dealing with Mold and Mildew Part 2