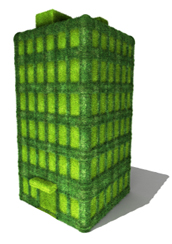 If the phrase ‘unseasonal’ seems to be slipping into your local weather report with alarming frequency, then you know first-hand the effects of climate change. Record levels of carbon dioxide in the air (almost 400 ppm) have presaged the minor climate changes that will increase in severity once the 450ppm tipping point is reached. While CO2 is not the most villainous greenhouse gas (GHG), it is the most prevalent and the one over which we can exercise the most control.

One of the most effective ways to do so is to reign in the unbridled energy usage of buildings which currently account for about 20% of GHG emissions. The best case scenario for a building is to be carbon neutral i.e. to reduce emissions and create renewable energy that, together, make for a building that doesn’t add any new GHGs to our already overdrawn account.

Establishing the carbon neutrality of a building is a far more slippery slope than it seems. While the embodied energy of building materials can be calculated utilizing the Life Cycle Assessment and Environmental Product Declarations in LEED 2012, emissions which result from the day-to-day operation of the building will be regulated by municipalities. Some forward-thinking local governments have already implemented these kinds of regulations such as those in Vancouver which (as part of its bid to be the greenest city in the world) aims to have every new building carbon neutral by 2020.

Although it’s conceivable that future buildings will emit no GHGs, current technology dictates that carbon neutral buildings must restrict emissions as much as possible and work to offset the carbon that they do emit. Sounds easy enough, but this is where the slope gets slippery as there has been no standardization of what emissions must be factored in to carbon neutral calculations. Carbon offsets are also still a very grey area and there has been no way to verify the authenticity of carbon offset programs. That’s why the CSA has created a program for standardization. This program utilizes ISO 14064 series of GHG quantification, reporting, verification and accreditation standards to create the CSA Registered Carbon Neutral™ label for buildings which have had their carbon outputs measured and independently verified. While this is a step in the right direction, the CSA label is yet to be internationally adopted.

What to include in carbon calculations 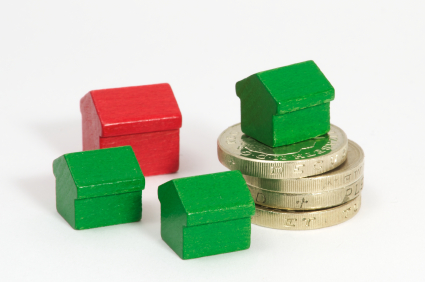 The Vancouver 2020 carbon neutrality plan, for example, recognizes that it can only include those aspects of the building over which architects, engineers, owners and planners have control. This will include the actual building systems, but excludes the transport and product choices of building occupants.

How to calculate carbon footprints

LEED estimates provide figures on the embodied carbon footprints of building materials. Increasingly, energy modeling tools such as those found in eQuest, HOT2000 and EnergyPlus, are utilized to calculate a building’s embodied carbon, construction emissions and pollution produced by daily operations. The move from building information models (BIMs) to models that can be used for energy simulations is growing in popularity. Technological improvements in energy modeling, if not entirely seamless, are providing increasingly accurate carbon emission estimates.

Knowing your building’s carbon footprint is the first step in reducing its emissions. Emissions reductions are good for business and tenants are increasingly opting for greener buildings. Improvements to the building envelope, which result in energy reductions, save money in the long run. Carbon emissions will not always be a matter of choice; as governments take emissions more seriously, cap and trade systems will mean that future building owners may have to pay for inefficiencies. There are tools you can utilize to estimate your building’s carbon footprint. The EPA has a handy carbon calculator, follow the link here. 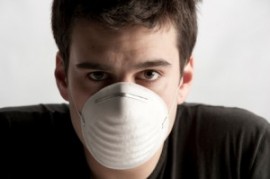